Formula 1 has landed in the Arab peninsula of Qatar for its first Grand Prix in the country! Set 22 miles North of the capital city of Doha, Losail International Circuit has hosted MotoGP since 2004, but 2021 marks the first time F1 cars will turn a wheel on the track. The circuit features a 1km long front straight connecting a complex of turns that has been likened to Silverstone. This Grand Prix also becomes one of 4 races on the calendar to be held under the lights as the sun sets.

Speechless might be a word to describe some on the Red Bull pit wall after Mercedes showed staggering straight line speed in their come-from-behind win at Sao Paolo. Needless to say while the drivers are ready to fight, the technical staff is left baffled. Expect one car on the podium in Qatar. On the AlphaTauri side of the garage we can expect one car in the points and the other just outside those positions as they battle with Alpine in the constructor’s championship.

Elsewhere on the grid, Mercedes come to Qatar being favored for the win. Following the podium positions look for the Ferraris, which have come on strong in the second half of the season, to finish line astern. Expect McLaren to slot in behind both red cars unless they, too, take new Mercedes engines and throw caution to the wind. At this point in the order expect to see one of the Alpine cars with one of the Aston Martins not too far behind. Then look for team cars if any get separated from their teammates. Next up we can expect a battle between Alfa Romeo and Williams, the former beginning to benefit from Ferrari’s upgrades and beat back the first-half progress of the latter. Last but not least will be the Haas cars bringing up the rear. 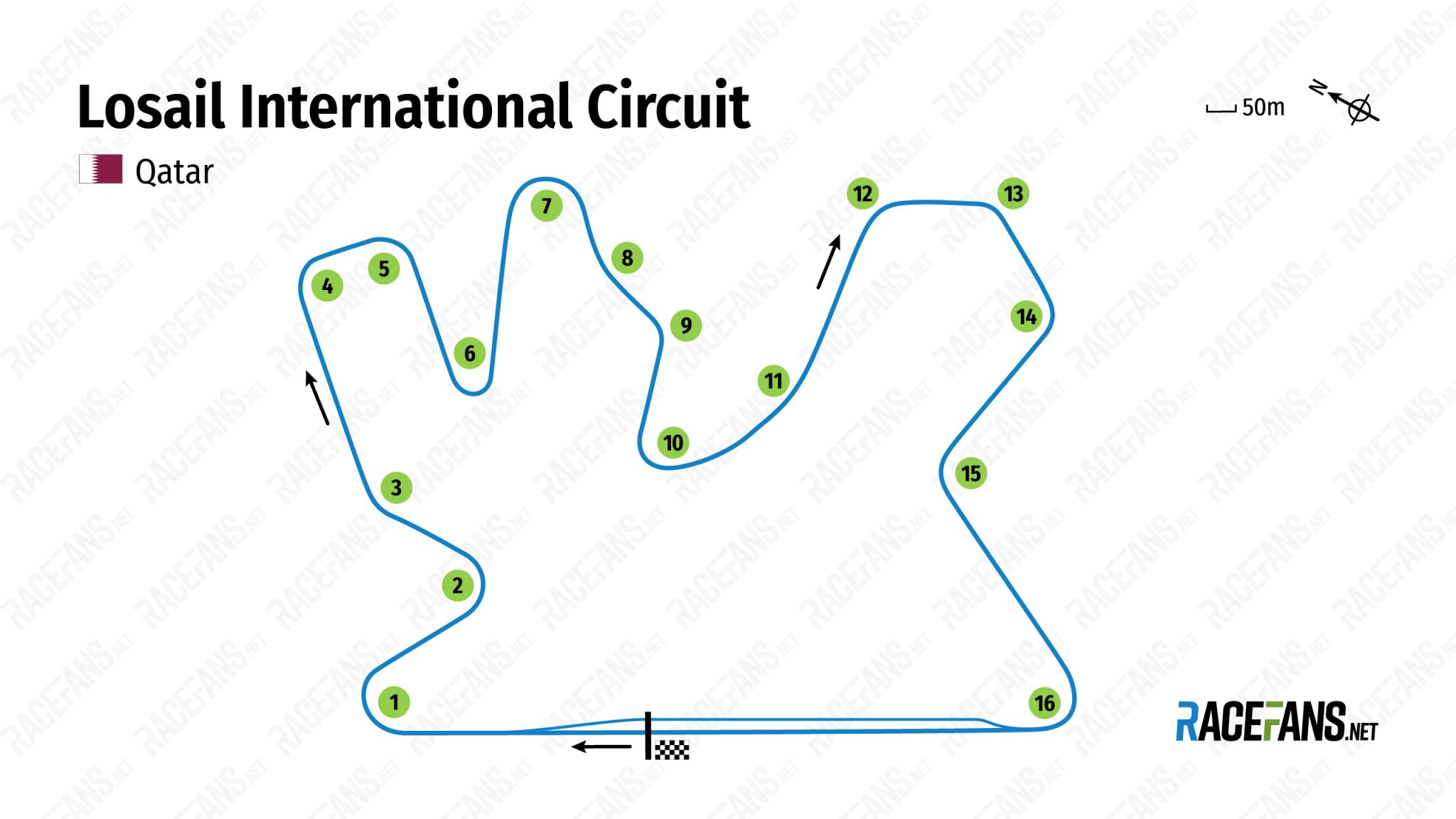