F1 travels to the Land of the Rising Sun this weekend for the Japanese Grand Prix; one of the most historic on the calendar, having witnessed everything from champions being crowned to life-ending accidents. It is also one of F1’s most iconic tracks with turns like 130R, the 'S curves’, and featuring the only crossover on the F1 calendar. This weekend’s race could see wet conditions develop by the end of the Grand Prix.

Red Bull could not ask for a much better set of circumstances entering the Japanese Grand Prix. Max Verstappen is set to win the World Driver’s Championship at Honda’s home track. What’s more is Red Bull and Honda have reached an agreement to put the Honda logo back on the cars. Look for Max to clinch the title this weekend in Japan. This can happen with a win and fastest lap (or several other permutations). On the AlphaTauri side of the garage there have been some signs of improvement in the last two races so expect one car to finish in the points. 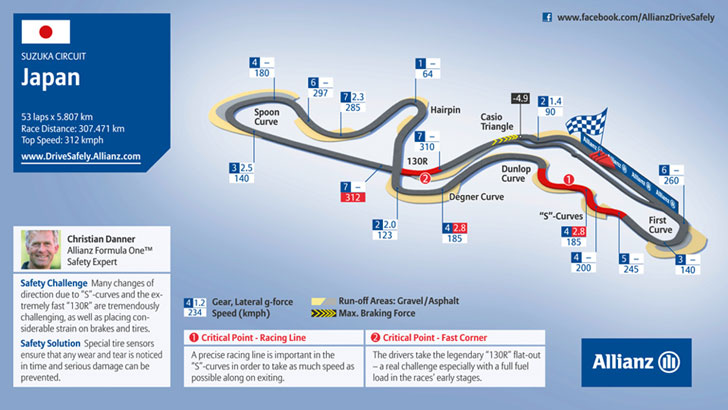