Monaco. That one word evokes thoughts of glitz, glamor, and spectacle in the minds of Formula 1 fans and drivers alike. In addition to being the shortest, tightest track of the season, Monaco also holds the distinction of having the fewest number or finishers relative to race starters as the close confines of the Monegasque circuit can catch out even the best drivers. The unique nature of this circuit, heavily emphasizing downforce over power, has been known to create out-of-place finishes for many drivers. With overtaking being extremely difficult, emphasis is on qualifying. Once a “sacred cow” for its flagship status, some are now publicly questioning the circuit layout and the race in general for the processional nature of the races here.

Red Bull come to Monaco with optimism as with a little luck, they finished 1-2 in Spain and took the lead in both drivers and constructors championships. Because of that and because one of their drivers has had a few incidents at Monaco and the other is still getting up to speed with the car, the team will be on edge. Nevertheless, a podium finish is highly likely, if not the win they need. AlphaTauri can expect a mixed result with one car in the points and one car close behind but likely out of a points-paying position.

Elsewhere on the grid, look for this to be a general ranking of team performance coming into the race weekend:
1. Red Bull
2. Ferrari
3. Mercedes ↑
4. McLaren ↓
5. Alfa Romeo
6. Alpine
7. AlphaTauri
8. Haas
9. Aston Martin
10. Williams 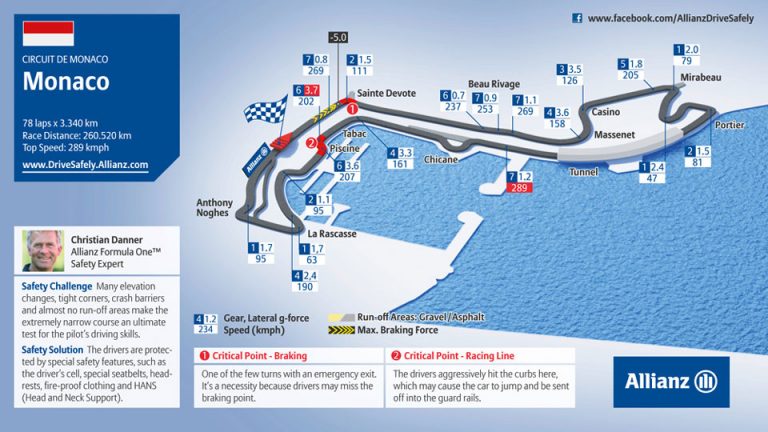