This weekend, Circuit of the Americas ( COTA ) in Austin, Texas hosts Formula 1 after being absent from the schedule in 2020 as the series makes its sole United States appearance. COTA has become a driver’s favorite as its design borrows elements from the world’s best circuits and puts them together in the Austin countryside. COTA is also one of four circuits on the F1 calendar that are run counterclockwise.

The Red Bull teams enter the weekend with cautious optimism. After being sidelined with an injury Adrian Newey is said to be back and working full bore to help Red Bull optimize the setup of their car. A win will be tough at COTA but a podium is certainly in the cards. AlphaTauri should see one car in the points and other just outside those positions.

Elsewhere on the grid, COTA has been good to Mercedes and we must assume that it will continue to be especially given the recent turn of speed they have found. Next, we can expect the fight between McLaren and Ferrari to continue as the Prancing Horse continues to slowly make progress against the Papaya Orange cars. Alpine has been looking racy lately so we should look for at least one of their cars to be solidly in the points-paying positions. Not far off in the order the pair from Aston Martin will aim to move up the grid compared to recent results. At this point in the order we’ll see some team cars from the higher running teams. Next up we can expect to see a Williams car knocking on the door of points but just shy thereof. After that look for the duo from Alfa Romeo to be duking it out with the remaining Williams. Finally, Haas will round out the order as 2022 can’t come soon enough for the American-owned team. 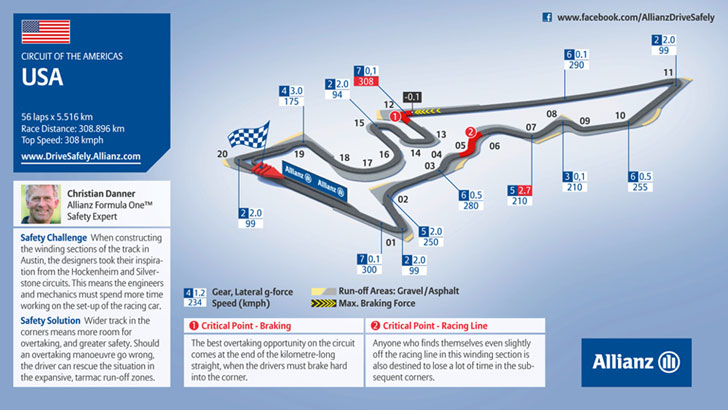